Vesper Marine’s innovative Guardian solution successfully helped alert over 8000 vessels over 9 months to avoid navigating around a dangerous shipwreck at Singapore port. The salvage operation team conducted a safe and cost-effective salvage in the busy waterways managed by the Maritime and Port Authority of Singapore (MPA). At the same time, it helped Hanseatic Underwriters reduce the overall cost of the salvage operation. The operation was a significant success, considering Singapore is one of the world’s busiest ports, with particularly dense and hard to navigate waters and a constant stream of ships criss-crossing the passage to pick up loads or refuel.

The dredger Cai Jun 3 sank on 12 March 2017 in shallow water in the entrance to the Singapore Strait Traffic Separation Scheme, a critical area within one of the busiest shipping lanes in the world. This had the potential to disrupt operations at a port that manages more than 2,500 vessel calls and unloads more than 11 million metric tons of cargo each week. Only the Port of Shanghai is busier.

As an immediate safeguard to warn vessels entering the Strait near of the sunken vessel, two guard vessels were stationed at the site of the wreck, while salvage operations inspections began. The running cost of two guard boats was significant.

Brand Marine Consultants (bMC) were appointed by Hanseatic Underwriters to project manage and oversee the overall salvage operation. bMC contacted Vesper Marine to determine if their subsea hazard protection solution could increase safety and reduce costs during the salvage.

Capt. Dennis Brand, Managing Director for bMC said “We needed a solution that was proven to successfully mark offshore hazards and automatically alert vessels. Vesper Marine had extensive experience in this specialised area and had deployed their solution all over the world.”

Vesper Marine’s AIS-based Guardian:protect system was used to protect vessels from the hazardous shipwreck and salvage operation within the Singapore Strait entrance channel to the harbour. 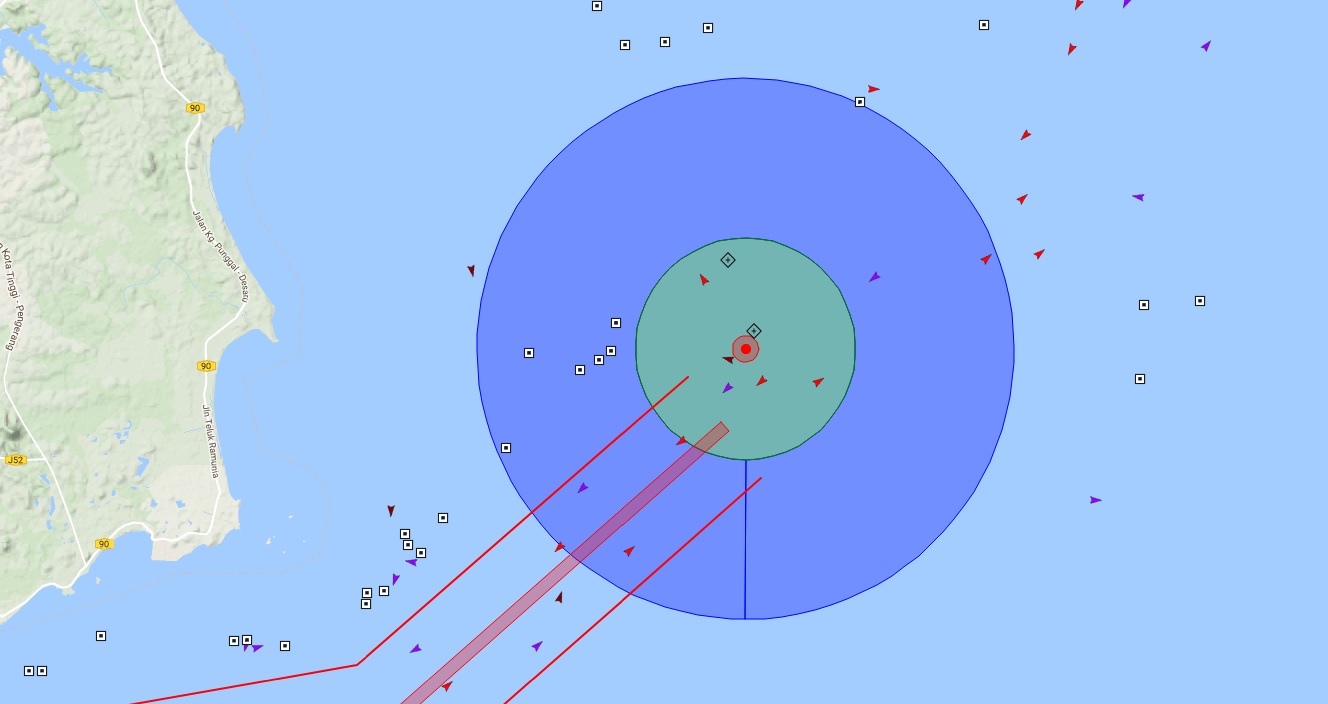 The Guardian solution was placed aboard one of the guard vessels. The ability to have the system operational in one day eliminated the need and expense of a second guard vessel, thereby reducing the cost of the salvage operation. The solution had the additional advantage of minimizing human error through automatic notifications to vessels and the salvage operation team if a ship of sufficient size or draft was on a collision course with the wreck. Guardian system created virtual concentric electronic cordons at 5 nautical miles, 2 nautical miles and 500 metres around the shipwreck, using its analytics capability and smart rules to determine alert escalations.

During the course of using the Guardian system, 8250 vessels were automatically cautioned by the Guardian system that their course would take them within close proximity of the wreck, thereby assisting salvage operation crew focus on their job.

Jeff Robbins, CEO and co-founder of Vesper Marine said “We are really pleased to have worked closely with Capt. Bert Wardetzki, MD of Hanseatic Underwriters and Capt. Brand, MD of bMC in reducing the cost of the salvage operation while increasing the safety of the operation and assisted MPA in reducing the risk of another incident. Given the extremely high volume of traffic, there was a real risk a ship could collide with the ‘invisible’ wreck, or salvage vessels in the busy waterway. By sending alerts directly to the navigation system of vessels, we helped prevent that from happening while reducing the overall salvage cost.”

In August 2017, the solution was relocated to a land-based location approximately 10 miles from the wreck that worked with the same efficiency and further reduced cost of the operation for Hanseatic Underwriters.