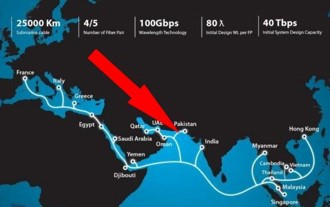 Dec 2021: Internet speeds in Pakistan suffer a 25% reduction during peak hours due to a damaged submarine telecommunications cable.

The impact of the cut was mitigated by the cable operator.  Dawn.com reported:

In a statement issued on Tuesday, the PTA acknowledged that a fault in one of the international submarine cables had been reported in the sea near Karachi affecting some internet traffic during peak hours. “However, alternative arrangements to provide uninterrupted internet services to the users have been made by relevant service providers by obtaining additional bandwidth and capacity to meet the requirements,” the PTA said. 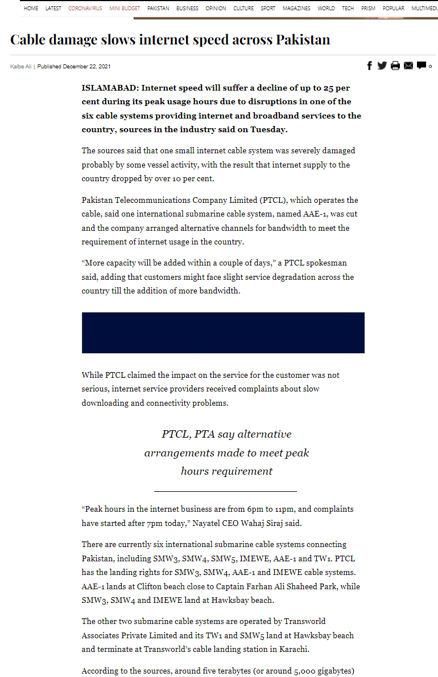